Phillip Thomas is one of the stars of Jamaica’s exciting contemporary art world. His nascent talent nurtured by his parents, he honed his skills at Mona High School in the Parish of St Andrew, which has a renowned visual arts school. He went on to train at the Edna Manley College of Visual and Performing Arts in Kingston and was later awarded a scholarship from the American ambassador to Jamaica, Sue Cobb to study at the New York Academy of Art. After being awarded a fellowship grant at the end of his Academy studies, he later took part in an art residency program at Scotland’s Dumfries House which is owned by a trust headed by the Prince of Wales. He has received multiple awards. His works have been included in exhibitions in galleries from New York, Washington DC and San Francisco to the National Gallery of ” rel=”noopener” target=”_blank”>Jamaica and have been snapped up by buyers such as the World Bank.

Here the painter and mixed media artist talks exclusively to The Caribbean Property Investor on his recent work and how he hopes it throws some new light on how the world perceives his work and island homeland.

On how his work has evolved over the years

“As you grow older and start to have more complex concerns, you’re able to think about ways of expressing those concerns. When an artist is younger, you tend to be more introspective, focusing more on what’s on your mind and what affects your immediate environment. As you become older and begin to experience the world and your place in it, you are able to match your inner thoughts with more worldly experiences and find a way to develop perspectives on these subjects as an artist.” 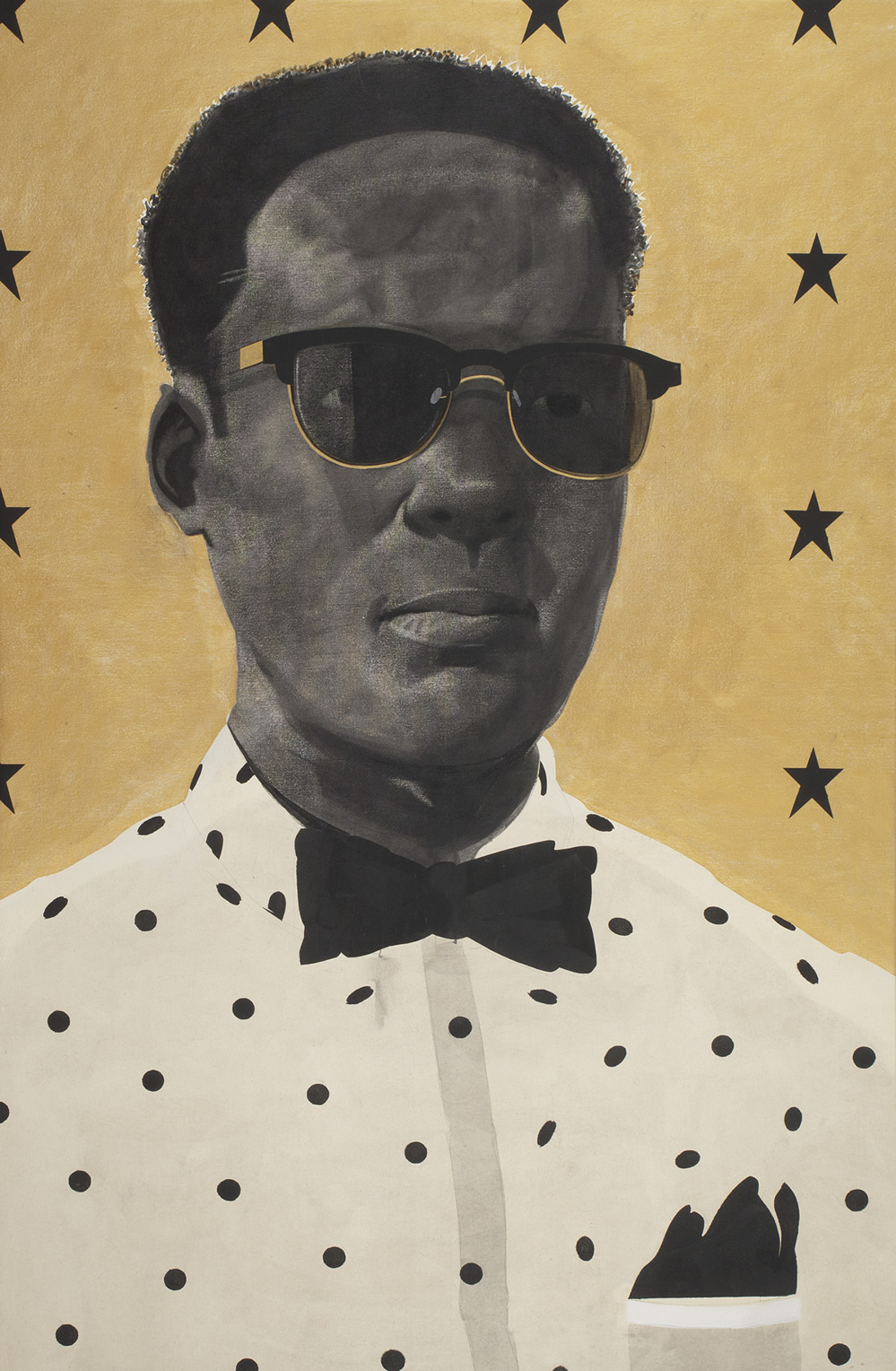 On the focus of his current work

“When you have spent a great deal of time living and studying in different parts of the world, you start to see some of the same problems occurring in different countries, in different ways. Issues such as gender, race and class become a part of your tapestry of image development and your work begins to reflect much of these global concerns. In the UK, for instance, Brexit is a big issue at the moment but there are similar issues such as migration in the Caribbean and the Americas. People are trying to figure out how to create unions or break unions between countries, how to develop new trade, how to grapple with immigration – these matters, and how they affect populations around the world, blend into the work I create.”

On challenging the perception of violence in Jamaica

“The world has this perception of Jamaican violence and it is unfair, because there are many other cultures that have issues of violence that wouldn’t be acceptable in Jamaican culture. For instance, it is impossible to go through Jamaica’s history and find examples of mass shootings that you see in many first world countries, but Jamaica has had this badge of a violent country bestowed upon it. There is a difficulty in trying to find a balance between what is actually true and what is just an external perception. Much of my work plays upon these stereotypes as a means of presenting to the viewer something that is initially very familiar painted in a very beautiful way, but on closer inspection the work begins to challenge those very same stereotypical presumptions.” 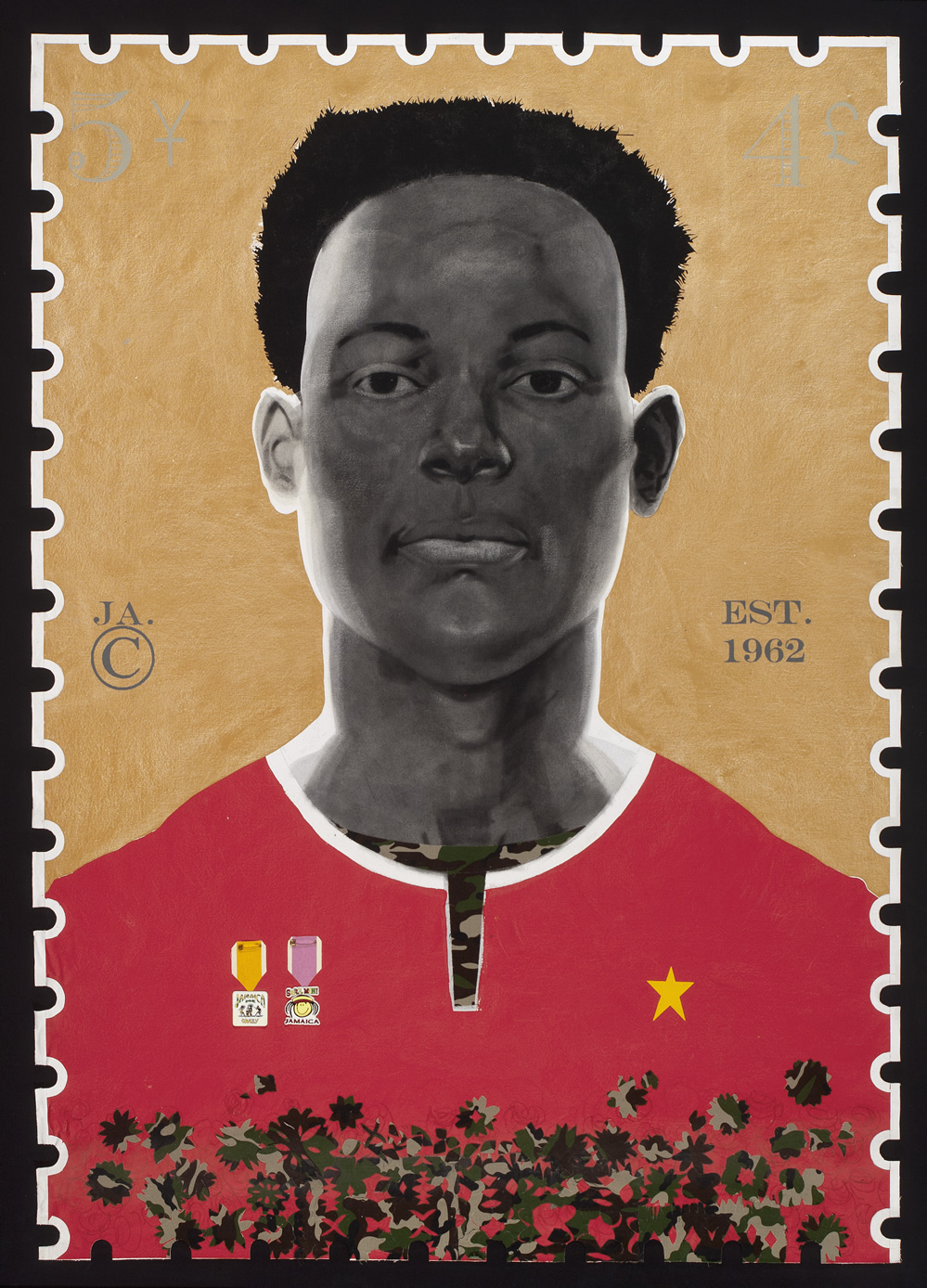 On how he would define Jamaica

“I would define Jamaica as a very eclectic society even through there are specific things that run concurrently between different groups of people and classes of Jamaicans. If you look at some of my work, a lot of it deals with themes like power and influence. Some of my bullfighter paintings speak to the Spanish influence in Jamaican culture – and how that mimics the idea of our Spanish heritage that’s separate from our English heritage and how there’s a sort of a clash of civilizations, spoken and unspoken, that occurs in our very small country… Jamaica is a tiny place. When you have so many different forces operating in the very same space you get a very interesting, vibrant mix of different ideas.”

On what you should take away from his artwork

“We are not a monolithic culture. By that I mean that our culture is as multi-dimensional as any other nation. One of the most important things for me is for audiences to know that there are very complex ideas coming out of Jamaica, just like in any other part of the world and much of that complexity, rich history and beauty is imbued in my work. I am a painter by training, but much of my art goes well beyond my technical abilities and training. My work seeks to ask of us the harder questions about image making: who we are, who we appear to be and the intersection between the two, and to question the means by which a visual work of art stays with us long after we have initially seen it. That’s what I intend to achieve with my art.”

This article was originally published in Issue 8 of The Caribbean Property Investor magazine. To read the full issue, click here.