With everything from exclusive residential communities through to more modestly priced new condo developments, the part-French, part-Dutch island of St Maarten / St Martin has a well established and diverse property market.

Our guide takes you through the process of buying property in St Maarten / St Martin from beginning to end, including an introduction to the real estate market, the buying process and the taxes you will need to be aware of. 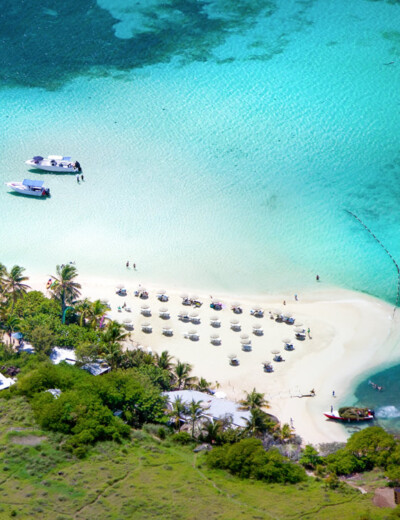 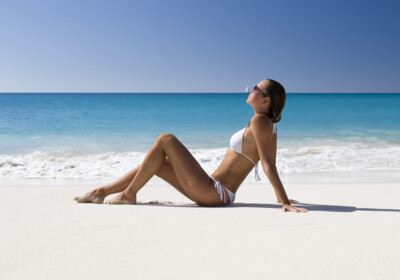 Having been shared by the French and the Dutch since 1648, the island has an exceptionally diverse feel. The half a million jet set tourists that visit the island each year enjoy the best of both worlds: gourmet European restaurants, buzzing nightlife, spectacular beaches, and island-wide duty-free shopping.

Lively, cosmopolitan and easily accessible, St Martin is well established as a premier Caribbean destination for overseas property buyers. The real estate markets on both the Dutch and the French sides of the island are both well established.

On the French side, the Terres Basses (lowlands) area is the setting for some of the island’s most magnificent luxury homes. Opulent houses and villas are nestled into hillsides and along the beautiful beaches at Baie Rouge and Baie Longue. Orient Bay on the northern coast, which is renowned for one of the best beaches on the island, is also a popular place to own a home.

The Dutch side of the island offers a very wide selection of properties from affordable condos, luxury apartments as well as villas by the beach and waterfront. Popular areas to invest include Simpson Bay, Cupecoy and Maho on the western coast and Orient Bay and Guana Bay on the eastern coast.

No property or capital gains taxes (on Dutch St Maarten).

Some of the Caribbean’s most opulent homes overlooking spectacular beaches.

Highly accessible destination as one of the region’s international transport hubs.

50 dive sites making the island ideal for diving and all kinds of water sports.

Yes, foreigners can buy property in St Maarten / St Martin and the island welcomes investment from overseas buyers. There are no restrictions on foreign buyers acquiring real estate in St Maarten / St Martin. Unlike in other destinations in the Caribbean, non-Citizens do not require a license or permit to purchase property on the island. On the Dutch side of the island property can be purchased in the name of an individual or corporation.

On Dutch St Maarten transaction costs including transfer fees and notary fees amount to approximately 5% to 6%.

There are no annual property taxes in Dutch St Maarten. 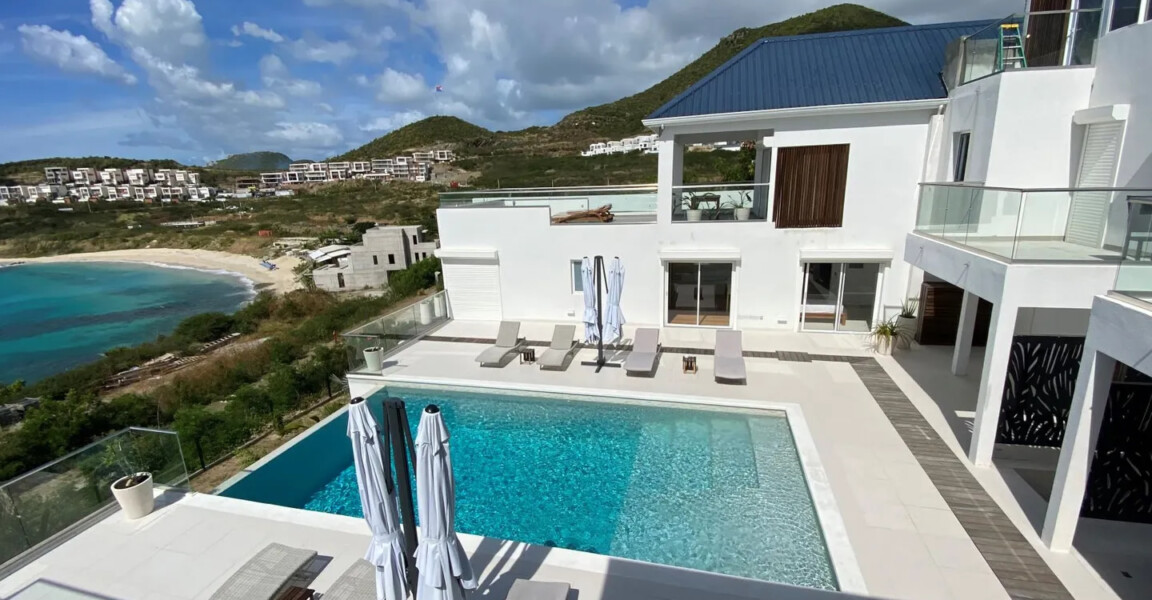 14-bedroom property for sale in St Maarten nestled in the heart of Indigo Bay that would make a fabulous luxury home or boutique hotel. 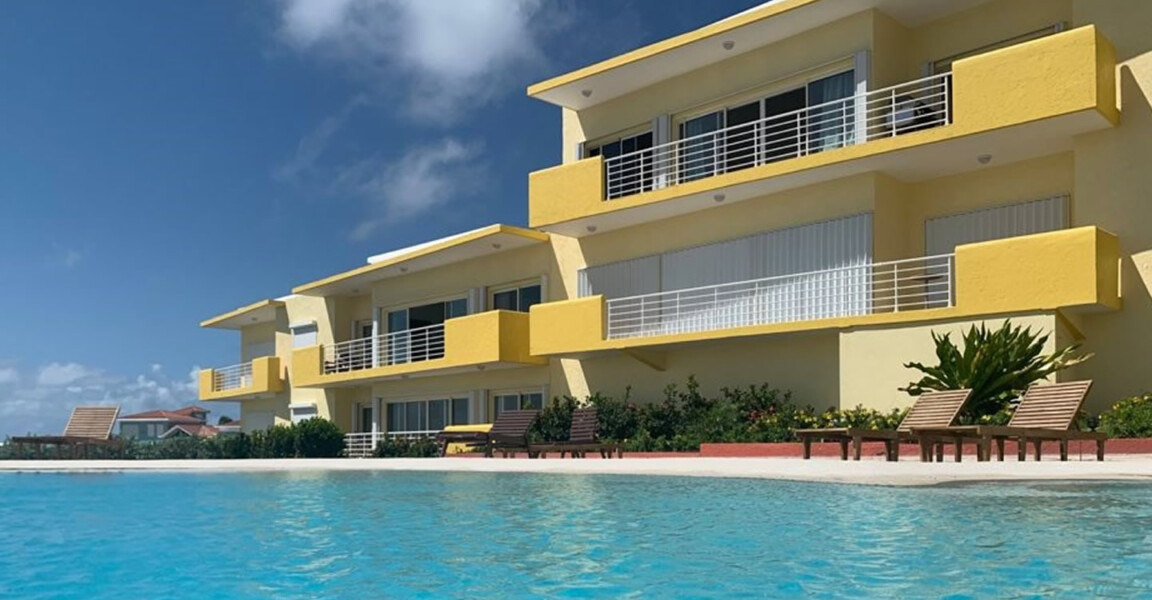 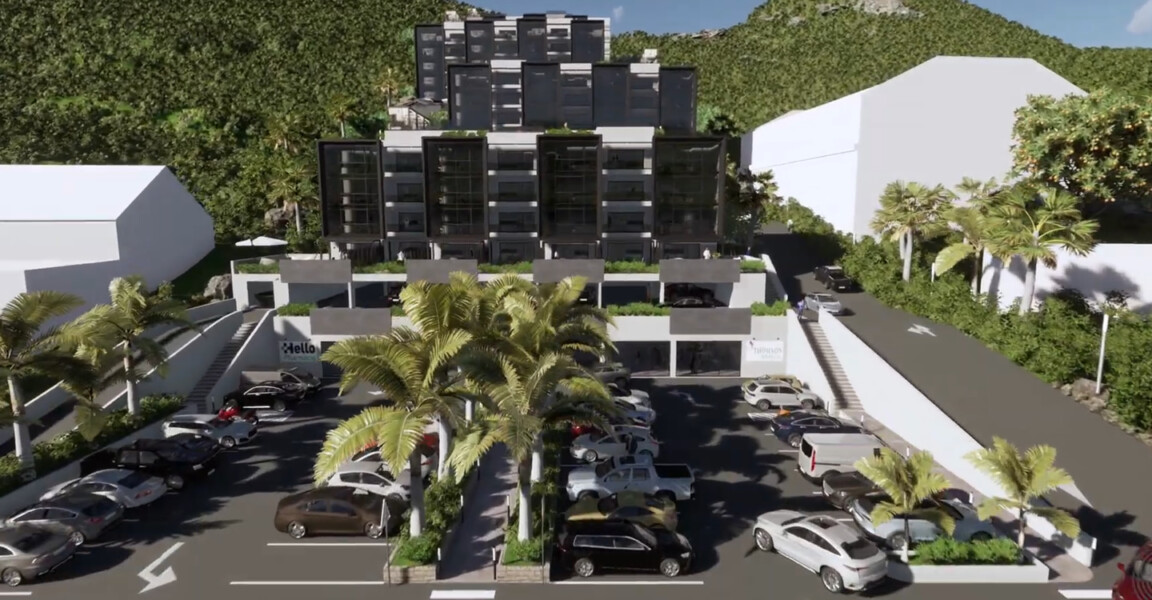 Studio condos for sale in St Maarten located at The Hills, a new development in Simpson Bay with views over the lagoon. 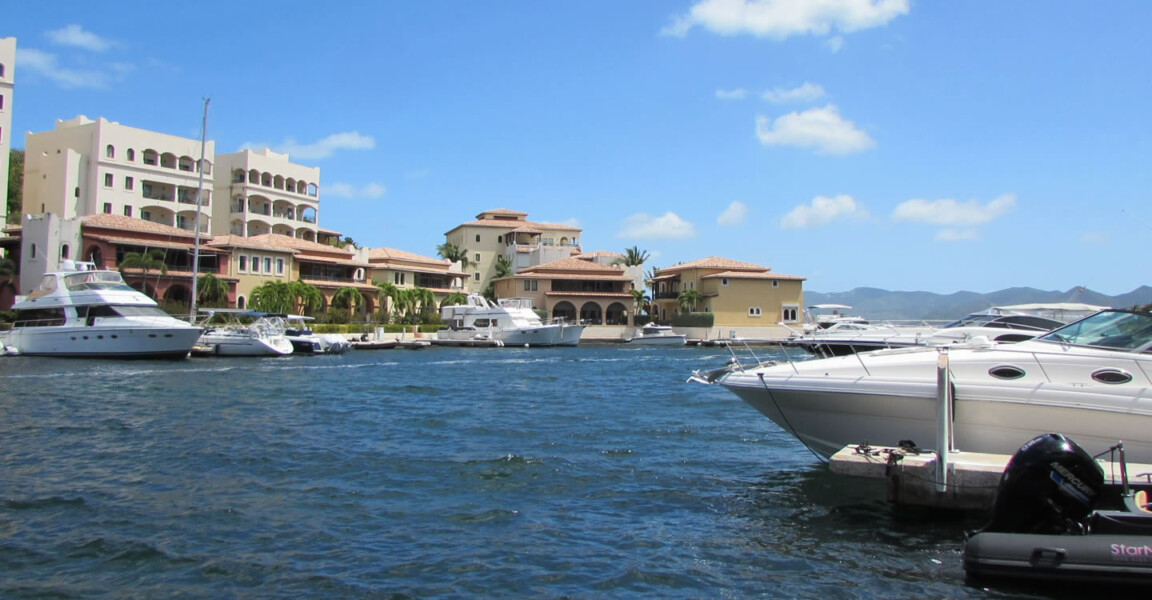 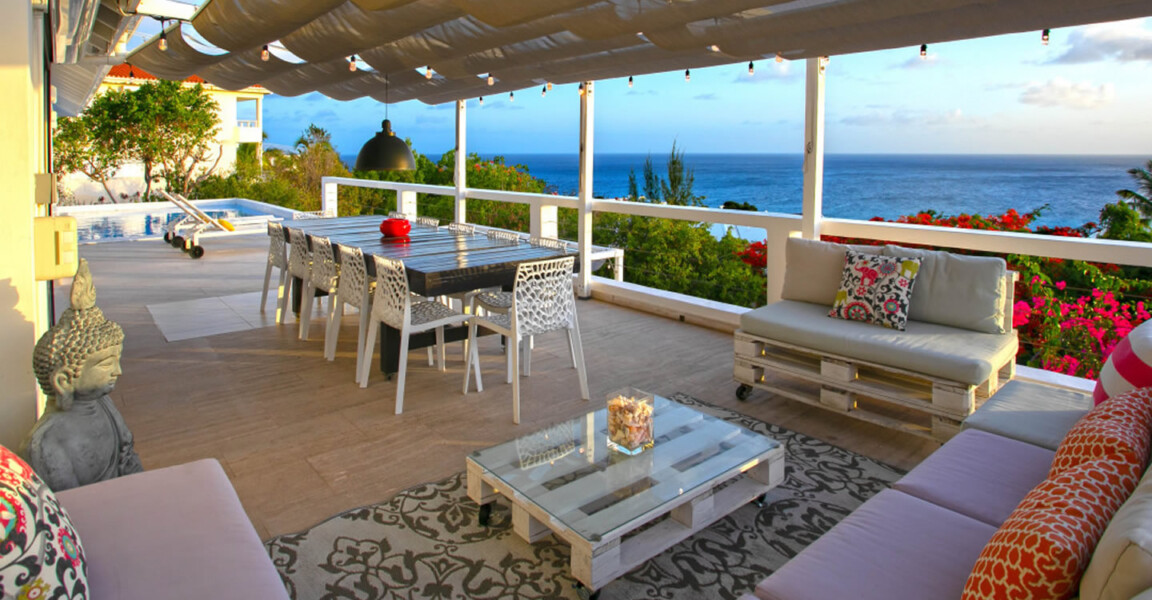 5 bedroom villa for sale in St Maarten with stunning views located in sought after Pelican Key on the Dutch side of the island. 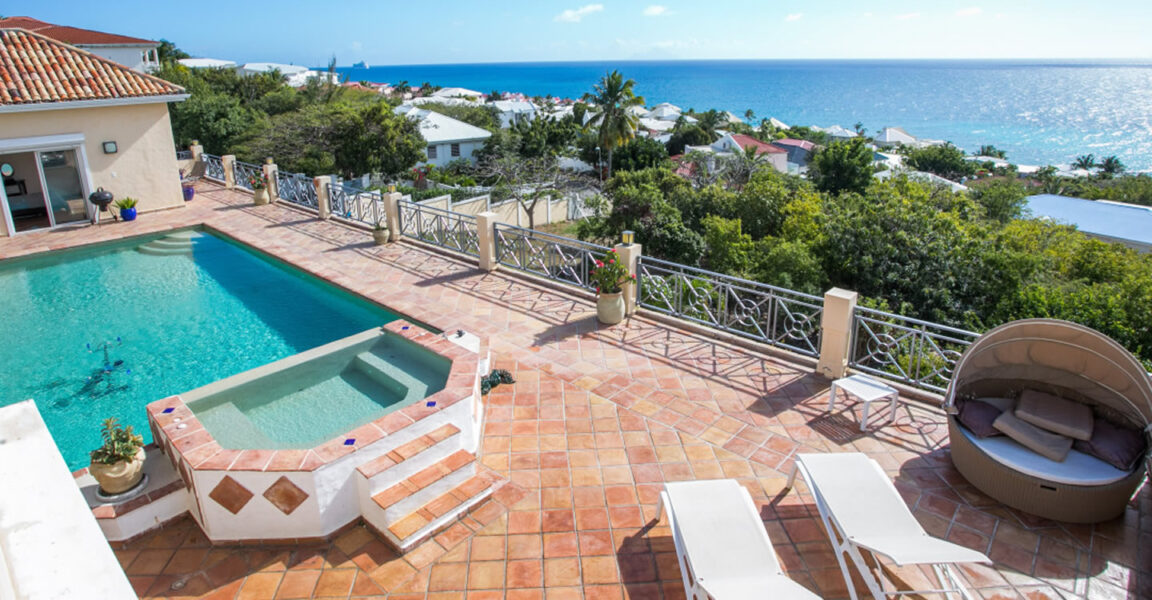 5 bedroom luxury villa for sale in St Maarten set on a double lot in the Pelican Key area with views of the Caribbean Sea.

How long can a foreign citizen stay in St Maarten / St Martin?

How do you become a resident of St Maarten / St Martin?

If you would like to become a resident of the Dutch side of St Maarten you can apply to the Immigration and Border Protection Service for a Residence Permit. Permits are issued to various categories of applicants, including investors and pensioners.

In the case of investors, applicants are required to make a minimum investment of NAF 900,000 in a business or real estate in St Maarten.

In the case of pensioners, applicants must be able to demonstrate proof of sufficient income.

How do you become a citizen of St Maarten / St Martin?

If you have lived continuously in St Maarten for 5 years with a valid residence permit and have a good understanding of Dutch you may apply for Dutch citizenship by naturalization.

Find out more: Immigration and Naturalisation Service, Ministry of Justice and Security

Looking for financing to fund the purchase of property in the Caribbean?

Contrary to popular misconception, it is possible for foreign nationals looking to invest in St Maarten real estate or St Martin real estate to apply for a mortgage.

For more information, see our page on: Caribbean mortgages. 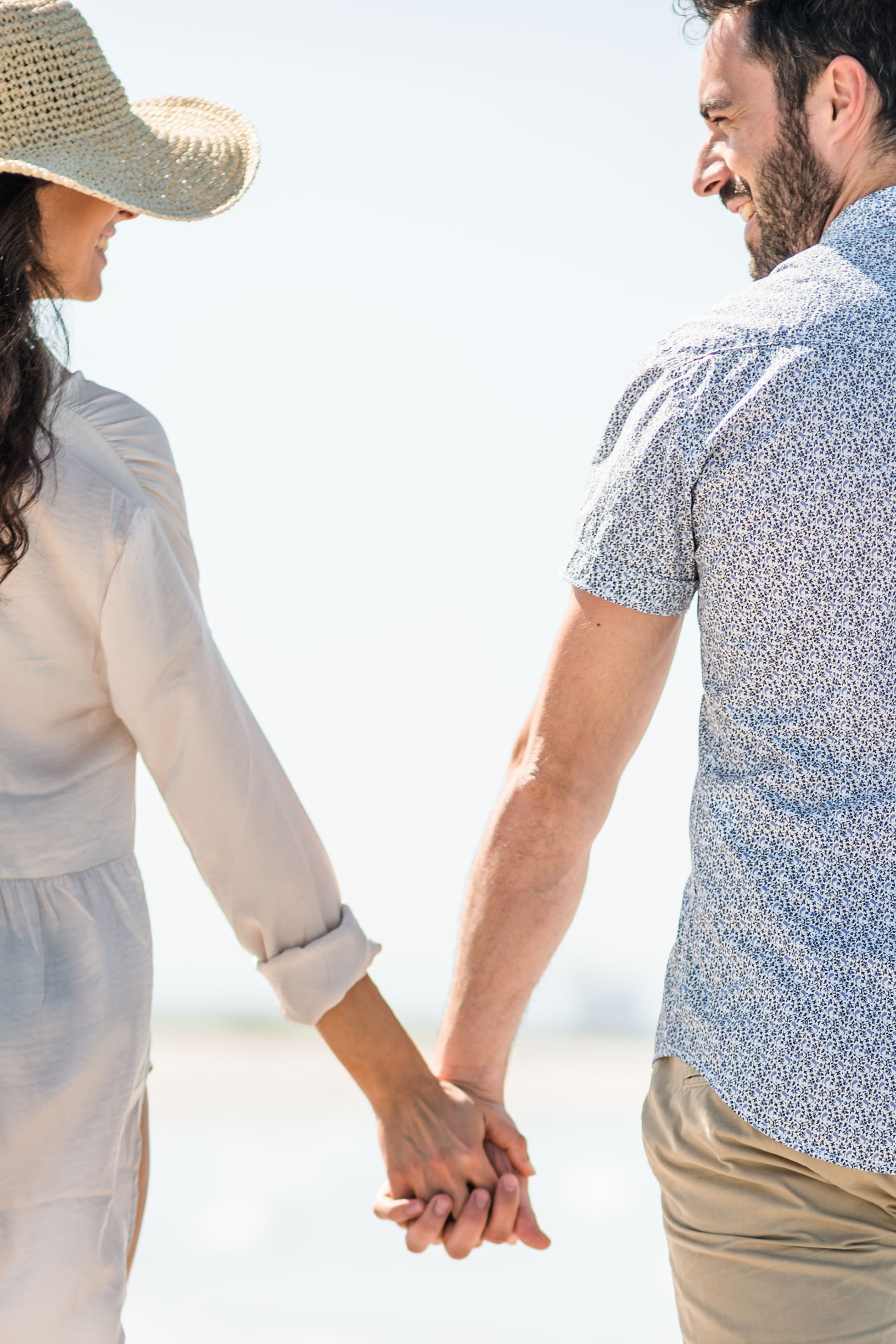 How to Get There

There are direct international flights to St Maarten from various cities in the United States, Canada, France and the Netherlands.

International flights to St Maarten arrive at Princess Juliana International Airport near Simpson Bay and Maho Bay on the west coast of the island.

St Maarten’s Princess Juliana International Airport is one of the region’s major hubs.

From Canada, fly to the USA and take a connecting or flight or, during high season, WestJet operates direct flights from Toronto.

More from the Blog 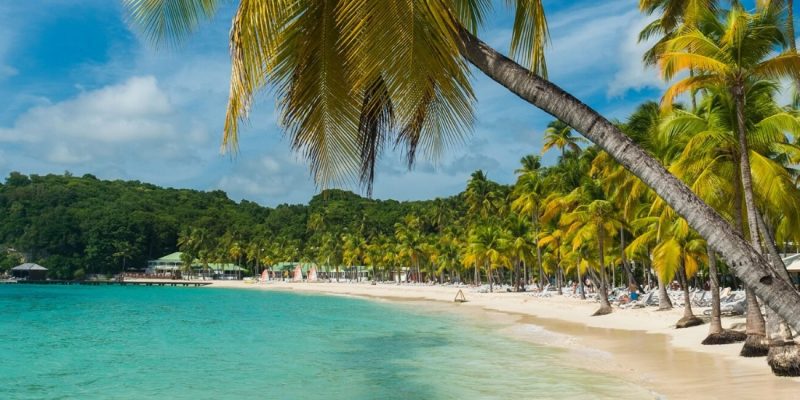 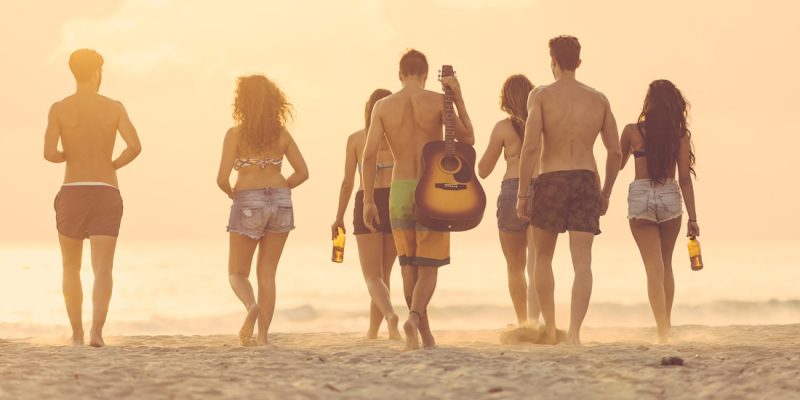 Student Housing Investment in the Caribbean 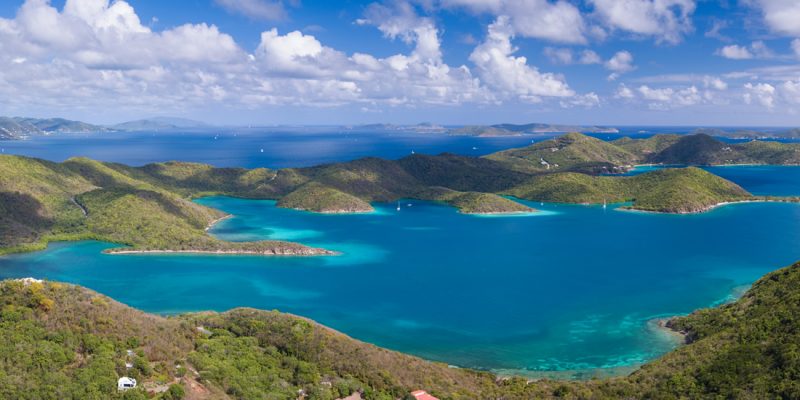 Searching for Leeward Islands real estate? Here are 7 of the best homes from across the islands from $425k. 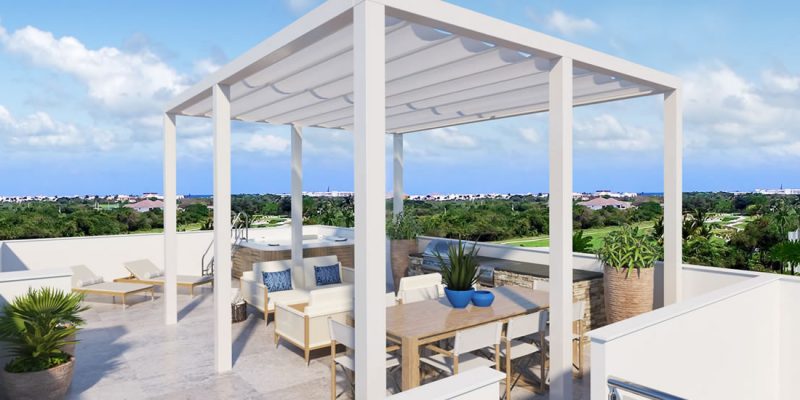 Income-Generating Homes for Sale in the Caribbean

7 of the best income-generating homes for sale in the Caribbean that deliver relaxation and a return. 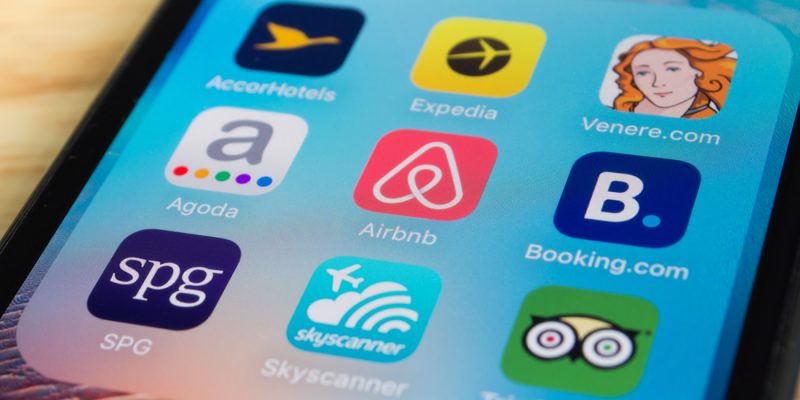 How your Caribbean holiday home could generate extra income with website Airbnb.